Racism – A cause enough for divorce

This is not bias, this is racism. There is a whiteness travelling from the US to shopping malls in other countries.

A High Court Division Bench comprising Justice MM S Bedi and Justice Gurvinder Singh Gill passed the orders allowing the divorce. It set aside the verdict of the family court in Mahendergarh district, which had dismissed the wife’s petition.

Reports further inform that her husband kept pestering and torturing her for not making proper food for him. In November 2012, she had no option but to return to her parents’ house. This was due to his irritating and inhuman behaviour over the years.

Wife has been able to establish that she was maltreated and was treated shabbily. As a result of which she was compelled to stay away from the matrimonial home, the court observed in its order given recently. The evidence produced on record is held to be good enough to arrive at a conclusion that the appellant was treated with mental and physical cruelty.

The woman’s counsel, J P Sharma, argued that the husband had been maltreating her from the beginning of the marriage. Appellant was insulted by calling her ‘kali kaluti’ and was being taunted for not preparing the food. In November 2012, she had to return to her parents’ house.Sharma also argued that the father of the appellant had asked the husband and his family members to reconcile the matter. But they threatened to get a second marriage of their son solemnized.

The order states that the evidence produced on record is held to be good enough. And the court arrive at a conclusion that the appellant was treated with mental and physical cruelty.  The report further informs that the woman’s counsel, J P Sharma, argued that the husband had been ill-treating her in public since the start of their marriage and called her ‘kali kaluti’.

Racism and it’s tributaries in India

Women traveling in India are often warned to be careful. But there’s another persistent danger that fewer visitors are aware of: Racism. It starts when children are young: the moment a child is born, relatives start comparing siblings’ skin colour. In India, these were codified in the caste system. The ancient Hindu classification in which birth determined occupation and social stratum. At the top, Brahmins were priests and intellectuals. At the bottom, outcastes were confined to the least-desired jobs such as latrine cleaners. Bhatia says caste may have been about more than just occupation: the darker you looked, the lower your place in the social hierarchy. 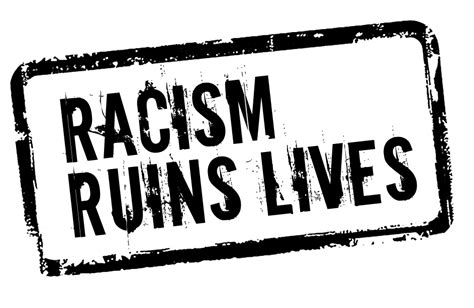 Fair skin bias was perpetuated and strongly reinforced by colonialism. It was not just in India but in dozens of countries ruled by a European power. It’s the idea that the ruler is fair-skinned. Emmanuel says: “All around the world, it was a fact that the rich could stay indoors versus the poor who worked outside and were dark-skinned”. Western beauty ideals, including fair skin, dominate worldwide. And with these ideals come products to service them. In Nigeria, 77% of the country’s women use skin-lightening agents; in Togo, 59%. But the largest and fastest-growing markets are in the Asia-Pacific region. In India, a typical supermarket will have a wall of personal care products featuring “whitening” moisturiser or “lightening” body creams from wellknown brands

Know Your Rights, Legal Concept, Others